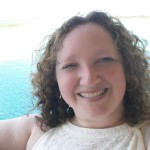 HOW WE GOT HERE
I believe God existed before anything else.  I believe that He created the heavens and the Earth, and that it was not formed by some crazy explosion or gasses, or dust or anything else.  Just God.  I believe a long long time ago, He created a man named Adam, and a woman named Eve, and that all other men and women and boys and girls were born after that, not that we descended from tadpoles or cavemen.

A LONG TIME AGO
I believe that people have a bad side to them, and that they do bad things.  That is called sin. Thousands of years ago, when people sinned and did bad things they couldn’t go to God directly and confess their sins, like we do even with our moms and dads.  You could not talk to God if you had sin in your life, and EVERYBODY sinned in some form or another.  God has no sin in His life and He couldn’t even look at these bad people.  A rule was made back then that blood would have to be spilled in order for those people to be forgiven of the sins they had done.  For thousands of years, people would have to take animals to be killed in order to take the blame for the peoples’ own sins.

GOD’S SON JESUS
But my God loves his people.  He wants to be close to us.  He created us to spend time with Him and He wants to be our friend. So He sent His very own Son, who lived in heaven with Him, to come to the world to save us.  His son, whose name was Jesus Christ, came down to Earth as a little baby.  That is whose birth we celebrate on CHRISTmas Day (Get it?  Jesus CHRIST?  CHRISTmas?).  He grew up and did the very same things that other children do.  Then he started teaching people about his father in heaven.  Many people did not believe Him.  But others did.  Some that did not believe that Jesus Christ was the Son of the one and only God were very jealous.  They plotted to kill Jesus.  And they did.  They put nails in his hands and feet and nailed him to a big cross on the top of the Hill.  He died.  The mean people thought that they were successful, but really, it was God’s plan all along.  You see, the reason He sent His Son was so that His son, who was now a human, could die for everybody’s sins.  He died for your sins, and my sins, and my dad’s sins and your mom’s sins, and everybody else’s sins.

Lots of people have “gods” who died.  But my God is different.  I believe that 3 days after he died on the hill, He woke back up.  He was completely dead, but then he completely woke up, and walked out of the place where they had buried Him.  My God can do anything, and even death is no match for Him.

JESUS WILL COME BACK ONE DAY
Jesus had done His job on earth – He had come to tell people about His Father, God, in heaven.  It is up to us to believe or not to believe.  A little while later, His Father (God) took Him back to heaven.  He promised us before He left Earth that if we believed in Him with all of our heart and told other people about Him we would go live with him in Heaven after we die.

The HOLY SPIRIT
I believe He also left us another gift – The Holy Spirit, which lives inside of us and helps guide us to know right from wrong.  Because He died for us, we can now go directly to God and talk to HIm just like we talk to anyone else.  He hears us, He loves us, and He cares about us.

LOVE
The Bible, which is a book we read here on Earth where God told the people what to write tells us in John 3:16 that “God loved the world so much that he gave his one and only son, that whoever believes in him would not die, but live forever.”

HEAVEN
Everyone will die. But we get to choose where we live after we die. God gave us a precious gift.  To one day live in a wonderful place called heaven with Jesus & God.  I also believe that Jesus is the ONLY way to heaven.  That you can’t get to heaven just by being good, doing nice things for other people, or because your grandma is saved so you think it will rub off on you.  The ONLY way to get to heaven is through Jesus.  JUST JESUS.

HELL
I believe there is also a place where people go who do not accept the gift of life that God has given them when they die.  This place is called Hell.  It is a terrible place, full of mean people, and hurt people, and many many bad things.  There is no love, no joy, no peace, no calm in this place.  Think of the worst thing you have ever seen on TV or the worst place you have ever been and hell is worse than that, every day… all the time.

Thankfully, my God (and YOUR God, if you are a Christian) loves us so much that He has made a wonderful place for us to live with Him so that we don’t HAVE to go to Hell.  I believe in God, and I have accepted His gift of His Son to be my sacrifice for the things I have done wrong in my life.  By this gift, I call myself a CHRISTian.  I believe that there is a place in heaven for me, and that the very day I was saved, God wrote my name down, as he does all Christians, in INK in a special book where no one can erase it.

If something I have written confuses you or makes you want to know more about this wonderful God that I believe in, Love, and serve, please ask another Christian in your family, such as your parents, a Christian friend or someone you trust to tell you more. And you can ask me too, if you want. 🙂

4 thoughts on “What I Believe…”